Over the last few decades, computer systems have implemented the memory-storage hierarchy shown in Figure 1. The memory-storage hierarchy utilizes the principle of locality which keeps frequently accessed data closest to the CPU. Successive generations of technologies have iterated on the number, size, and speed of caches to ensure the CPUs have access to the most frequently used data. CPU speeds have continued to get faster, adding more cores and threads with each new CPU generations as they try to maintain Moore's Law. The capacity, price, and speed of volatile DRAM and non-volatile storage such as NAND SSDs or Hard Disk Drives have not kept pace and quickly become a bottleneck for system and application performance.

What does this mean for application developers?

The introduction of a persistent memory tier offers application developers a choice of where to put data and data structures. Traditionally data was read and written to volatile memory and flushed to non-volatile persistent storage. When the application is started, data has to be read from storage into volatile memory before it can be accessed. Depending on the size of the working dataset, this can take seconds, minutes, or hours. With clever application design, developers and application architects can now take advantage of this new technology to improve performance and reduce application startup times.

Persistent Memory introduces some new programming concerns, which did not apply to traditional, volatile memory. These include:

Application developers can use traditional system calls such as memcpy(), memmap(), etc. to access the persistent memory devices. This is a challenging route to take as it requires intimate knowledge of the persistent memory device and CPU features. Applications developed for one server platform may not be portable to a different platform or CPU generation. To help application developers with these challenges, an open source Persistent Memory Development Kit can be downloaded and freely used. More information can be found in the PMDK Introduction, Installing PMDK, and PMDK Programmers Guide found within this document collection. Tuned and validated on both Linux and Windows, the libraries build on the Direct Access (DAX) feature of those operating systems which allows applications to access persistent memory as memory-mapped files, as described in the SNIA NVM Programming Model.

Managing persistent memory devices on Linux is achieved using the ndctl utility. Read the NDCTL Introduction, Installing NDCTL, then NDCTL User Guide within this collection. Windows users can use the Get-PhysicalDisk power-shell command. More information can be found on the Microsoft Documents site. 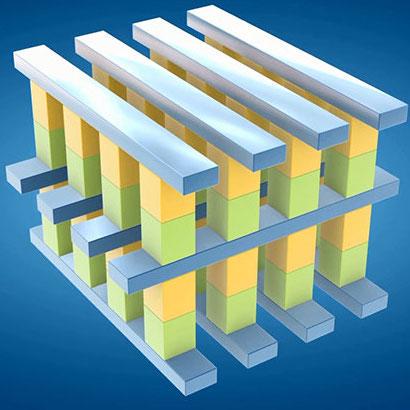